Raw is a French Bildungsroman or coming-of-age story, where education and character development is a crucial part of the narrative. A Bildungsroman is about transition to adulthood, whatever that term may mean for the protagonist. Think American Graffiti or Harry Potter, but with cannibalism. It’s about what Hannibal Lecter would call “becoming”, and relates closely to his preferred version of it, because Justine, a life-long vegetarian, “grows up” to become a cannibal.

The story is set in a veterinary school where Justine has just enrolled and the presence of animals, alive and dead, remind us of our materiality – we too get sick, bleed, die, just like the patients and specimens around her. Justine’s sister, who has been attending for some years, bullies her into accepting the hazing ritual – eating a rabbit’s kidney. 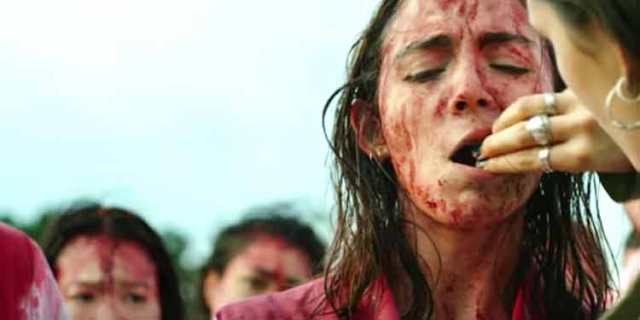 This introduction to meat (as well as a shower of blood during the orientation festivities) brings out first an itchy rash, and then the hunger, and it’s all teeth and blood from there (it’s called Raw for a reason). But it’s not just a slasher movie – Justine finds her identity, which is what these movies are all about. She discovers what excites and pleases her, while being abused and humiliated. We sit in the cinema thinking: that’s exactly what growing up was like! 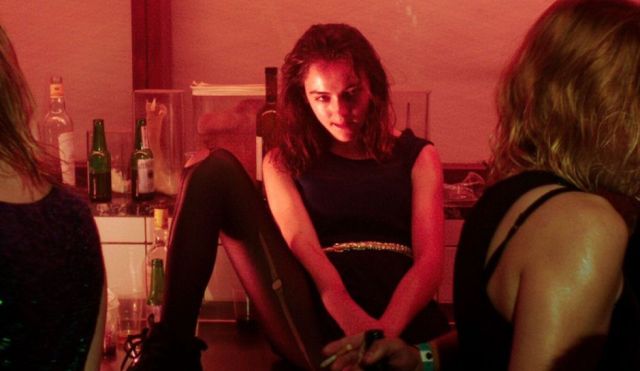 Fortunately for this blog, the number of cannibal movies, books and news stories is growing all the time. Julie Ducournau was astonished that hers was not the only cannibal film at Cannes – there was also Neon Demon and Bad Batch. She commented:

The cannibalism in my movie is political. So the fact other movies are talking about it, it means something about society. We’re not talking about sci-fi; it’s about monsters that actually exist and are humans.

The movie starts with a car crash, deliberately caused, and resulting in some apparently quite yummy corpses. Our reliance on motor vehicles and acceptance of the carnage they create is built into the plot of a few cannibal narratives – e.g. Godard’s Weekend and Balaban’s Parents.  We find out more about Justine, about her sister, about her parents, before the final unravelling of the plot. No spoilers here, though.

Raw became famous, or infamous, when the news media heard that, during the 2016 Toronto International Film Festival, some viewers received emergency medical treatment after allegedly fainting as a result of the film’s graphic scenes. The director, Julie, claimed to be shocked when she heard about this, but, as Oscar Wilde is supposed to have said, “there is no such thing as bad publicity”, and Raw quickly became famous, or infamous. Some cinemas in the US apparently handed out bags to patrons – the kind you find in the seat pocket of your plane.

But it would be a shame for Raw to be considered just a gore-fest. It is an intelligent and compassionate study of growing up in a rough world, and the pain of having the ethics that supported your childhood questioned and demolished. I thought the explanation of why it all happened at the end was disappointing and unnecessary, but take a look at Raw (I don’t think you will need a sick bag or an ambulance), and judge for yourself.