Six months into this blog, I ask you: have we actually defined cannibalism? I answer you (because it’s a rhetorical question): no, we have not.

The Oxford Dictionary says that a cannibal is “a person who eats the flesh of other human beings”. But what does “eat” mean, then? “Put (food) into the mouth and chew and swallow it.”  So then we have problems with zombies, who eat the flesh of other humans, but may or may not be “persons” (since they are dead, or undead). And with bulemics, who chew and swallow, but then bring it up again?

Why am I being such a pain about this? Because I like this film, and would love to fit it into my cannibal blog. But she, to put it politely, does not swallow… 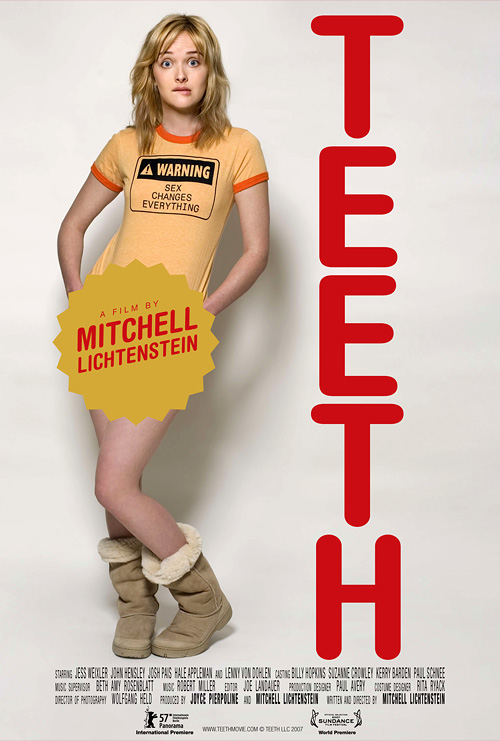 Teeth is directed by Mitchell Lichtenstein, the son of far more famous pop artist Roy Lichtenstein. It is awkwardly defined as “comedy horror” which can be a problematic mix, and often ends up with silly movies like Eat the Rich. But this one works, although I didn’t find it terribly funny. I guess if you were sitting in a cinema watching a bunch of teenage boys squirm, that might have been good for a laugh. 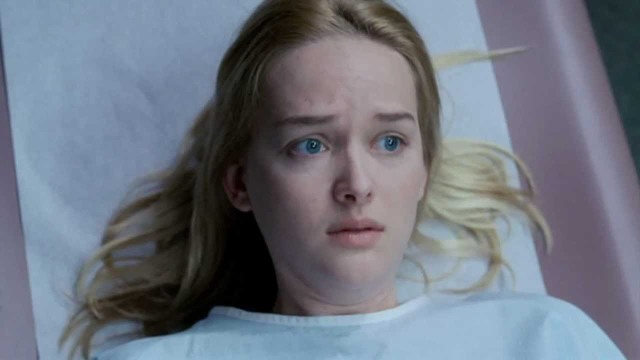 Dawn O’Keefe (Jess Weixler) is a teenage spokesperson for a Christian abstinence group called the “Promise”. This is a terrifying crowd – young teens can be pretty off-putting anyway, but this lot want to chant stuff about Eve and the Devil and Sin, and do so with a flint-eyed seriousness that is disturbing (or funny if you see it from a certain angle). 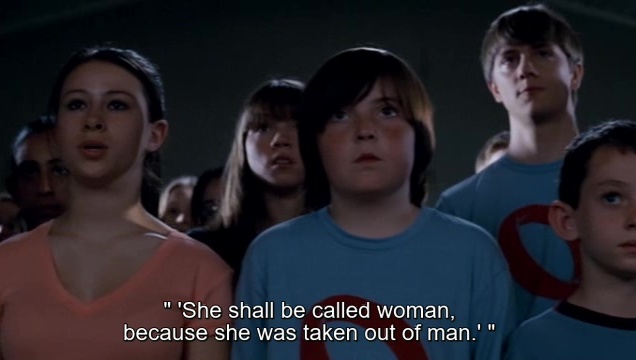 Dawn has a talent which is not known to anyone, including her, or the various males who try to assault and penetrate her: she has a vagina dentata: a toothed vagina. As a tiny girl, she almost bites off the finger tip of her step-brother who is doing naughty things under her swim suit in the wading pool, but the talent comes into its own when a boy from the abstinence group decides that God will forgive and understand if he takes advantage of their solitary swim, knocks her almost unconscious and then starts to rape her. Well, God might forgive, but Dawn’s lower teeth don’t, and he discovers a new and very agonising weight loss method.

The vagina dentata is an ancient myth that is found in many folk legends from a wide range of peoples. Freud and the classical theorists liked to say that it is a representation of the fear that little boys have of their penis-less mothers, which leads them to assume that they are next for castration, either by her or by their fathers who are angry at their budding Oedipal desires. Joseph Campbell in The Masks of God talks about a New Mexico myth in which “vagina girls” ate men who came to their house for sex. We’re getting close to cannibalism now, I think. 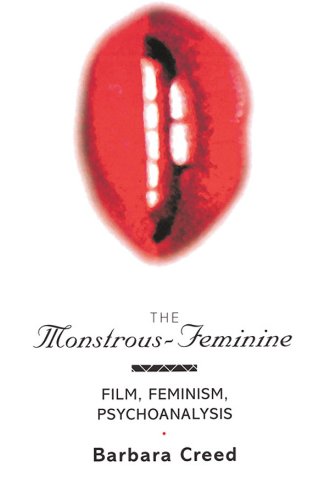 It’s a huge subject, covering quite a lot of what goes in the festering sewers of our unconscious minds. If you wish to research it more (and it is fascinating stuff), Barbara Creed has covered the subject comprehensively in The Monstrous Feminine. 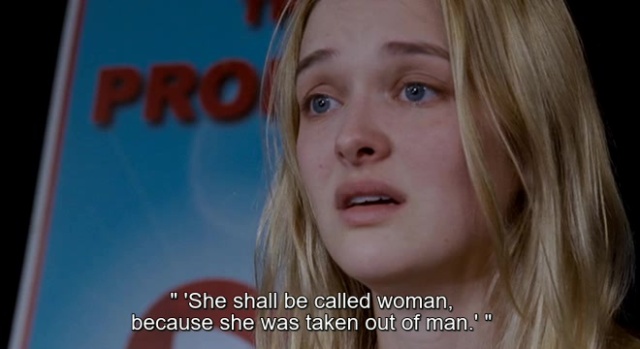 So: young Dawn, played brilliantly by Jess Weixler, whom you may recognise as the investigator Robyn in the TV series The Good Wife, believes in saving herself for marriage, a view that is considered somewhat old fashioned now, but still resonates in many parts of the world, particularly the Bible belts. Those around her, including her step-brother with the disfigured finger, feel that she should “put out” as they say, but when she does, boy are they sorry. Creed looks closely at the “taboo of virginity” and Freud’s view that this arises from penis envy and frigidity. Men fear that women will castrate them, particularly when the loss of virginity is painful, as it clearly is to Dawn. Freud ignores the possibility that it is men’s irrational fear of the deadly power of the vagina that leads to fear of sexual intercourse. Brought up in this oppressive environment, Dawn is unaware of her power. The film unravels this power.

Weixler won the Special Jury Prize at the Sundance Film Festival “For a juicy and jaw-dropping performance”, and it was well deserved.

The horror of cannibalism is at least as much to do with their power to snap, bite and destroy as it is with their tendency to swallow (any old Jaws can do that). The vampire, without whom the Horror industry would be toothless (sorry), swallows, but only blood, not flesh. Yet it is the sharp teeth and the swallowing that gives vampires their welcome into at least the outer limits of cannibal fiction. Dawn is an unwilling but not totally innocent cannibal, because she soon figures out (through google) what it means to be the bearer of the vagina dentata.

A film like this could easily degenerate into farce, and the celibate teens could end up laughable stereotypes of conservative bigots. Yet, Dawn takes us with her on her quest to understand what she is, what she wants, and what she can do to those who wish to force themselves on her. The logline states “every rose has its thorns”, and the trailer says “Something is wrong with Dawn O’Keefe”. But surely that’s not true – there is something very wrong with the rapists, and it gets a lot wronger as they get closer to the climax of their plans. One review said:

“What’s most important for Dawn is she discovers her vagina is not a curse but a source of power.”

Dawn at first thinks that her vagina dentata might be the “Adam within”, a forbidden male side of her character that causes gratuitous havoc. But in fact, the teeth are her defence and her weapon against injustice. With her extra teeth, and the ‘dawning’ of the realisation of her own power, Dawn is a superhero of the #MeToo age. 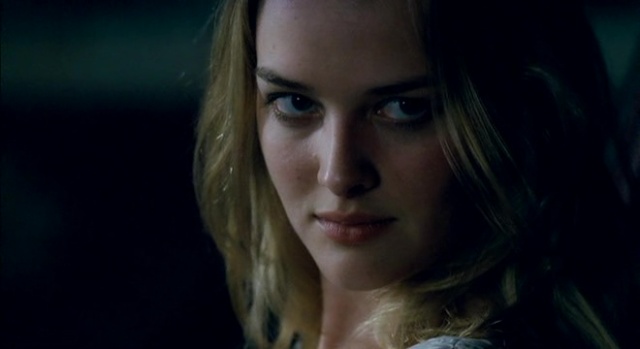 The film has a respectable 80% on Rotten Tomatoes website, with the concensus being: 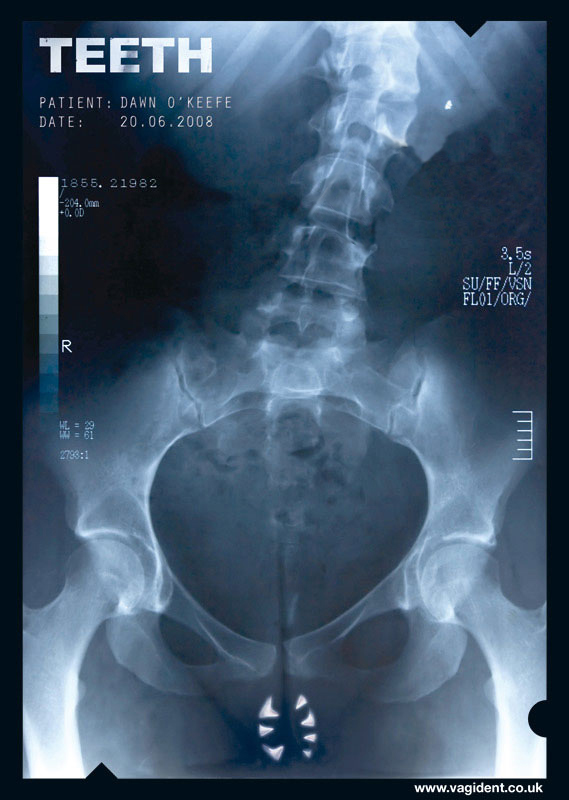 This poster was apparently banned