The Outsider is a mini-series (ten episodes in the Season) based on a STEPHEN KING novel – ‘nuff said? Well, actually there’s a lot more to be said. Richard Price is the Writer and Executive Producer; he adapted the novel for screen. Price is known for a lot of good stuff, including The Wire, The Deuce, The Night Of and Child 44, which had a similar theme – mutilated and chewed children. The stuff that nightmares are made of.

In Cherokee City, Georgia, detective Ralph Anderson (Ben Mendelsohn from Animal Kingdom and Bloodline) is called to a case which affects him greatly – a child has been murdered, a child about the same age as his kid, who died of cancer a while ago.

A man walking his dog finds the mutilated corpse in a park. It is covered in saliva and human bite marks.

There’s teeth impressions around the edges.
Animal?
No. 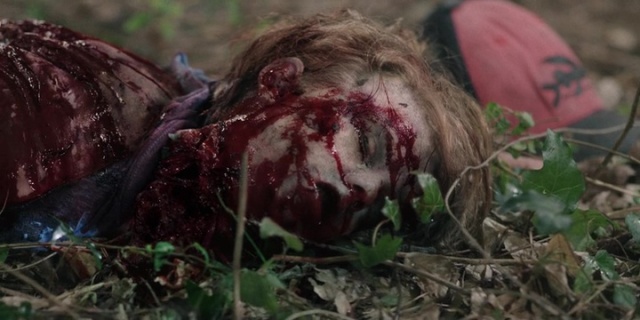 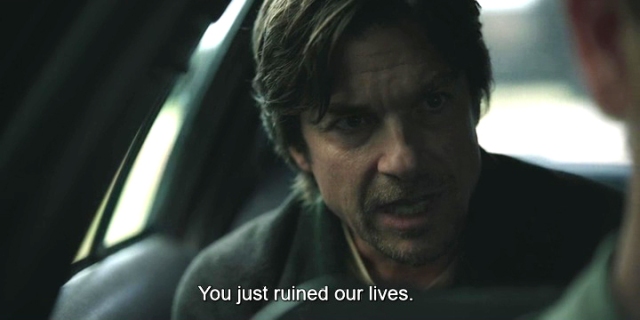 It seems like an open and shut case, until footage turns up from another town miles away of Terry asking questions at a conference, at the time of the murder. There is conclusive evidence of both his guilt and his innocence.

Normally nope, but in a Stephen King story? A hooded figure is standing outside the little boy’s house, and Terry’s daughter is having wakeful nightmares, of a man in her room telling her “bad things”.

The plot is taut and intriguing, and the cast is outrageously good: besides Bateman and Mendelsohn, fans of Hannibal will be delighted to see Hettienne Park, who played forensic investigator Beverly Katz in that show, until she went too far with Hannibal.

The cannibalism is a bonus – I wanted to watch this show, and now I can blog it too!

It asks a key question of cannibal studies – who is the outsider? In classical literature, anyone outside the polis was an outsider, likely to eat you. In colonial times, the conquistadors were outsiders, enslaving or exterminating the indigenous populations of the lands they coveted, and in turn painting those tribes as outsiders, by accusing them of being, yes, cannibals. In recent times, the cannibal outsider has been hidden within our cities, chomping his or her way through fellow humans, but often, like Jeffrey Dahmer, considered by his neighbours, in shocked voices,  as a quiet loner and unremarkable. Like Terry Maitland. Who is the outsider in Cherokee City – the quiet teacher who is evidently both innocent and guilty, the mysterious hooded stranger who visits children in their waking dreams, or the traumatised cop who is trying to suppress his rage?

The first episode is available for watching for free (if you’re in the US or have a VPN) at:

If not, there’s still a great interview there with Stephen King, Richard Price, Ben Mendelsohn and others.

You can also watch the opening scene, with the ravishing Mozart Piano Concerto 23 as the soundtrack, here.