Alexander Pearce was, as far as we know, Australia’s first cannibal. Although the Indigenous people of Australia were regularly accused of cannibalism, the evidence is suspiciously absent, and clearly such accusations were extremely useful in the British colonial campaigns of subjugation and genocide.

But Alexander Pearce was the real thing.

The film is mostly set in Hobart Jail, where Pearce (Irish actor Ciarán McMenamin) is waiting to be hanged, and has requested a priest to hear his confession. Somewhat unwillingly, an Irish priest named Father Philip Connolly (Adrian Dunbar) listens to Pearce’s story.

In 1824, the British penal colony of Van Diemen’s Land was a living hell, where vicious floggings were regular punishments. 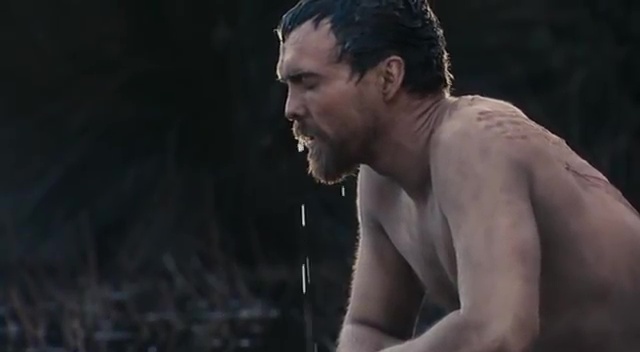 Pearce had been transported to Australia for stealing a pair of shoes, and continuing law-breaking saw him eventually transferred to Sarah Island, which was surrounded by sea on one side and wilderness on the other. 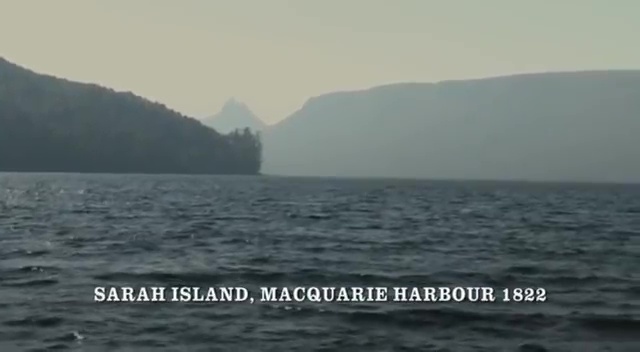 Eight convicts made their escape, and headed off into the bush with enough food for four days. After eight days, weak with hunger, they start discussing cases where sailors lost at sea have engaged in cannibalism to survive, and realise they will have to do the same. They nominate Dalton the one member of their gang they all hate, a man who volunteered to be the “flogger” and who has whipped all of them. He probably should have kept his day job at Sarah Island. 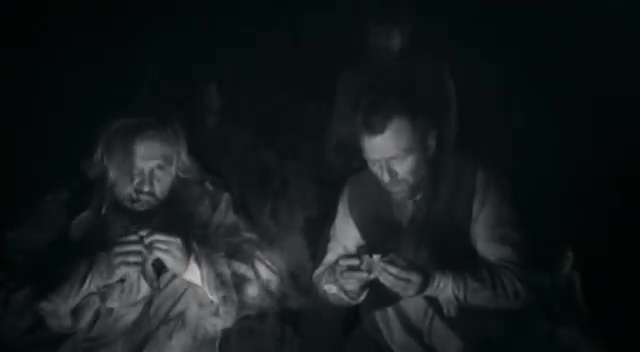 Three of the others turned back, but “took their share of Dalton”. Every time they run out of food, another man is killed. They see new potential meat – kangaroos and emus – and vow brotherly love – never to kill another of their own, but then discover how fast kangaroos and emus can run. Soon there are four, then just three, and Pearce realises that he is next, because the other two are friends. Luckily for Pearce, one of them gets bitten by a snake, develops gangrene and well… once more they have brotherly love. The priest is dismissive of such protestations of virtue, and Pearce answers:

“A Full Belly is prerequisite to all manner of good! Without that, no man will ever know what hunger will make you do.”

Soon there are only two, and neither dares sleep. Pearce wins the game, and the last meal, but is interrupted by a local.

After three months, Pearce made it, alone, to Jericho, in the centre of Tasmania, over 150km away from Sarah Island. The magistrate sent him back to Sarah Island, because he did not believe the story of cannibalism. He thought it was a cover for his friends, to disguise the fact that they were still at large, bushranging. 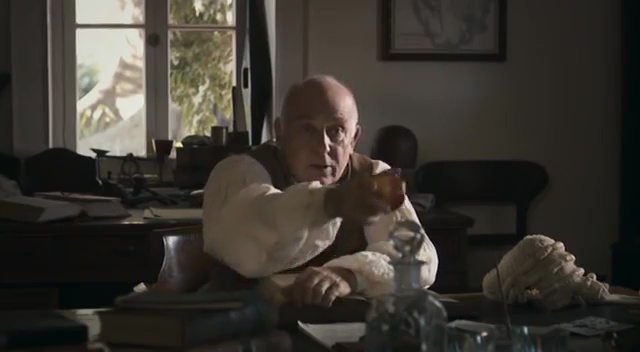 “He’s a thief. He’s a forger. A recalcitrant Irish… but I didn’t credit him with being a savage”.

It was also impossible to hang him for murder, since there were no bodies – a legal benefit of cannibalism.

At Sarah Island, Pearce was viciously flogged and chained to a rock. 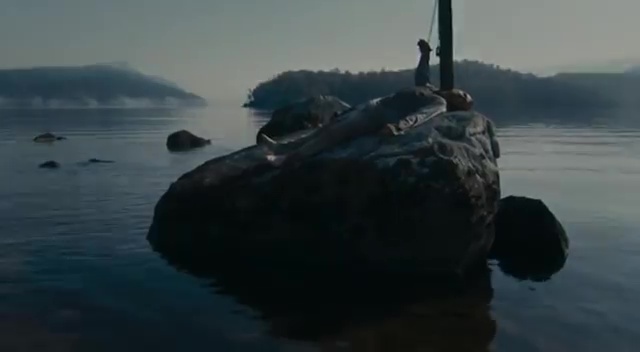 He escaped again, perhaps at the urging of another young convict, whom he killed eight days later, while they still had provisions. He was apparently enraged when he discovered the boy couldn’t swim, a real disadvantage when escaping from an island. Pearce signalled the first passing ship, confessed his actions and showed the authorities the body. So this time, they could hang him.

“The man’s a monster. He cut that young man in half, and devoured him for meat, and this while he himself still had bread and cheese lining his pockets”.

At the governor’s table, all merrily chewing on some other unfortunate animal, they discuss Pearce’s fate: to be hanged, and his body dissected.

“Quite an irony, I imagine, a cannibal being dissected… see what breeds such savagery”.

Asked by the governor’s wife why he is giving comfort to Pearce, the priest replies “I do it for fear… Fear of what we all might become, here at the end of the world.”

“whoever sheds the blood of man, by man shall that man’s blood be shed, for in his own image, God made human kind.”

“The world is always easier understood held at a distance with tales of monsters and the like. This is how Alexander is remembered. Not as a man. Yet few truer words have ever been spoken: A full belly is prerequisite to all manner of good. Without that, no man will ever know what hunger will make him do.”

The film was nominated for the 2010 Rose d’Or, Best Drama at the 6th Annual Irish Film and Television Awards, Best Drama at the 2009 Australian Film Institute Awards, won Best Documentary at the 2009 Inside Film Awards and the director Michael James Rowland was nominated in the Best Director (Telemovie) category in the 2009 Australian Directors Guild Awards.

Pearce is supposed to have said just before his execution:

“Man’s Flesh is Delicious. It Tastes Far Better Than Fish or Pork.”

This line does not appear in the film, and is probably apocryphal.