This picture is “Saturn devouring his son” by Peter Paul Rubens, painted in 1636.

The Greek myth tells of Chronos, who in Roman mythology became Saturn. He learned that one of his children would overthrow him, so he ate each one as they were born. His wife hid Zeus, who of course did eventually overthrow Chronos to become king of the gods, and she replaced him with a stone. This painting presumably represents one of the less stoned siblings. 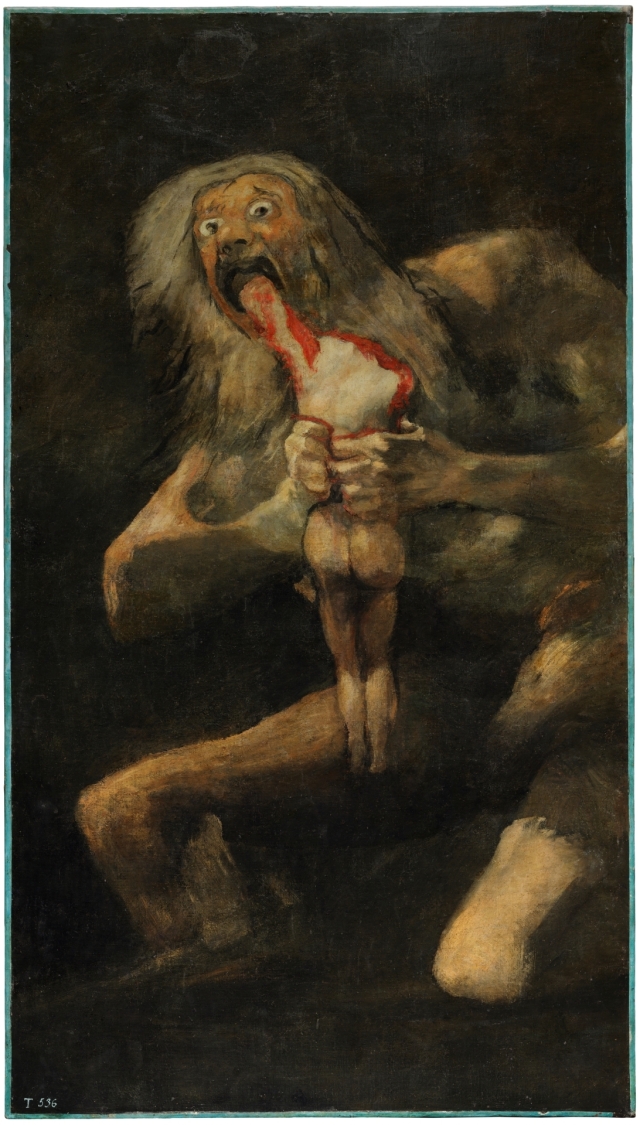 Almost 200 years later, in his Black Paintings, Francisco Goya shows the same divine cannibal god as nightmare and psychopath, and the victim as a bleeding, barely recognisable figure, neither human or god, but clearly animal in content. There is evidence that, in the original version, Goya gave Saturn a partially erect phallus, implying that cannibalism is, at least in the divine realm, apparently something of an aphrodisiac.

Good to know even gods can be cannibals.