Cannibal Women in the Avocado Jungle of Death is a 1989 film which was the directorial debut of J. F. Lawton, who also authored Pretty Woman and Under Siege. He released this one under a pseudonym, J. D. Athens, and at first glance you have to agree with his decision.

The film drips with a sometimes forced irony, inspiring one reviewer on Rotten Tomatoes to call it “One of the best bad movies I’ve ever seen”. Here is some typical dialogue:

There aren’t any modern feminists who advocate cannibalism- at least not since the sixties.

The “jungle of death” is southern California, where a group of radical feminists have occupied the avocado plantations and kill and eat their men, as well as several companies of US troops who try to eliminate them. The film is rich in intertextual references: the protagonists enter the jungle in pursuit of Dr Kurtz, a professor of feminist studies who has become emperor of the cannibal women, a reference to Conrad’s Heart of Darkness (set in the Congo) and the movie version of it Apocalypse Now (set in Vietnam), in which Brando plays the deranged Colonel Kurtz, who famously dies with the words “the horror, the horror!” on his lips. The Dr Kurtz in this film similarly meets her end, but her “horror” refers to having had to defend feminism on the David Letterman Late Show.

Intertextual humour depends on the reader being familiar with the sometimes cryptic references. Apocalypse Now is pretty well known, but some of the other references are either too obvious to be funny or else too obscure to score a laugh. The film opens with the kind of “male gaze” scene expected in an exploitation pic: semi-naked warrior women bathing in a stream while a couple of randy male explorers look on, but the scene concludes with both the men tracked down and slaughtered for the cannibals’ next meal. The main character, Margo Hunt, is played by Shannon Tweed, a former Playboy model, who does not drop her clothes at any point; her ditzy assistant, who wants to change her major from Home Economics to Feminist Studies, is named “Bunny”, another reference to the Playboy world. The bumbling comic relief and token male chauvinist is played by Bill Maher of the television show Real Time, a show which goes out of its way to skewer such prehistoric thinking.  He dresses like Indiana Jones and even wields a bull whip, rather less expertly. Topics from Margaret Mead to Disneyland all get a brief reference, and there is little time to wonder what they are about before the next gag is upon us. Some of the references are double barrelled: when Bunny is told that the women eat their men, she asks “boiled or roasted”, a reference both to the many Home Economics jokes, but also to Levi-Strauss’s musings on the different ways cannibals would cook their relatives or their enemies.

Bill Maher as Jim. That isn’t a spa.

Cannibal Women in the Avocado Jungle of Death is neither as stupid as it sounds or as funny as it intends. But it is diverting and it’s fun to tease out the cultural references, and the lead actors are really very good at delivering their sometimes painful lines. Its commentary on cannibalism is actually quite perceptive: the cannibal women are all gorgeous and young and scantily clad, presentations which are usually intended for the consumption of a male audience. This binary is reversed as they seize their knives and proceed to butcher and consume the male gazers (not on screen – the film is careful not to lose its PG13 rating, although it got an R18 in New Zealand). There is usually a male hero and a female in need of saving; in this, the roles are totally reversed. Cannibalism is not presented as evil or deranged by definition, but rather as another variety of power struggle. To quote Dr Kurtz:

This is a war between men and women. Anything short of cannibalism is
just beating around the bush. 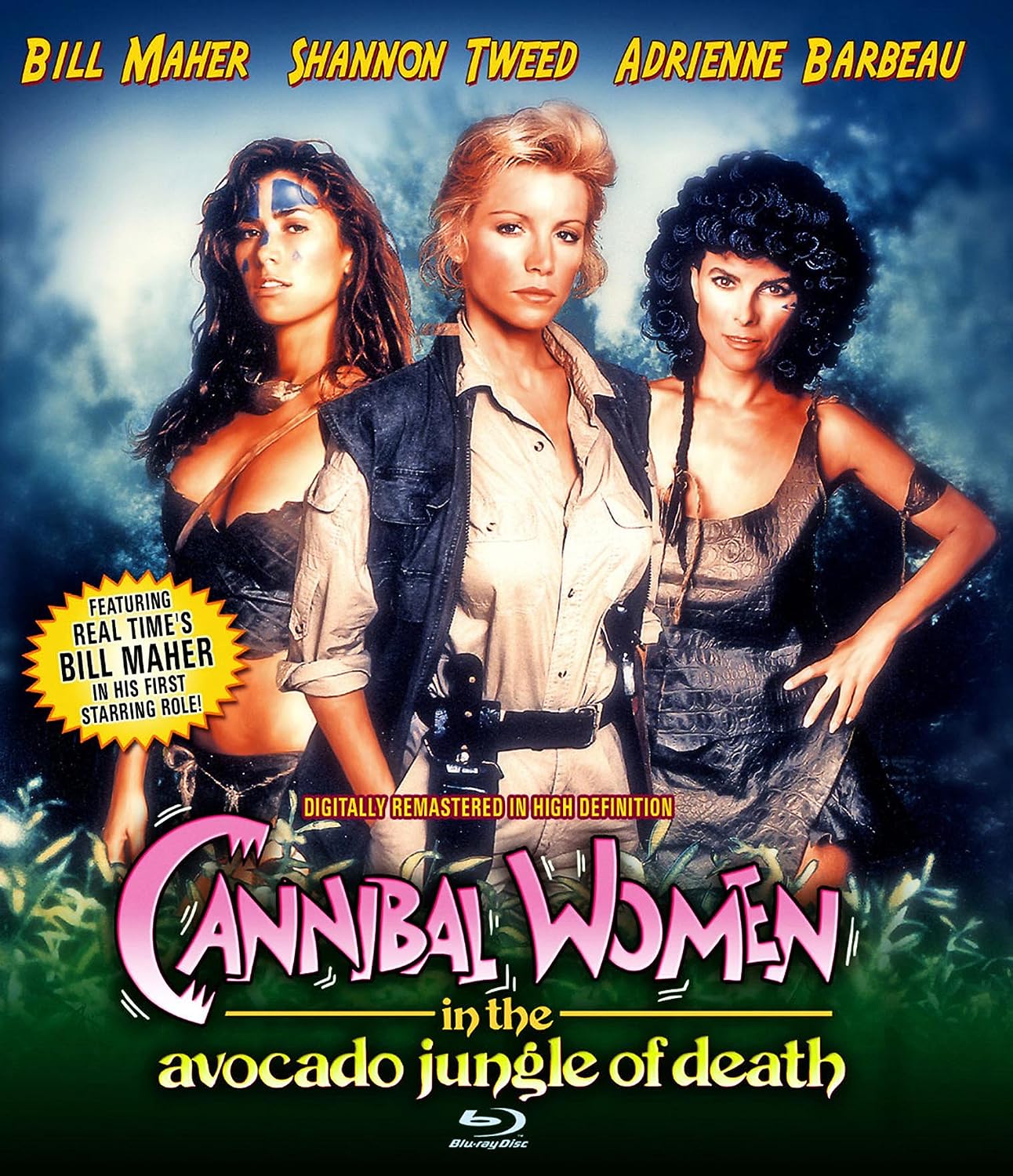 2 thoughts on “Is cannibalism sexy? “Cannibal Women in the Avocado Jungle of Death” (Lawton, 1989)”