Psychic cannibalism. It’s a big theme in Silence of the Lambs. Clarice Starling is told by Jack Crawford “You don’t want Hannibal Lecter inside your head”, but that’s what happens – she swaps her psychic traumas for his insights into the serial killer she is seeking (whom he happens to know). He “eats” her anguish, sips at her pain.

Just so, Miriam Lass (Anna Chlumsky from Veep and My Girl and lots of other things) tells Jack Crawford, after she has been missing for two years, that she doesn’t remember the Ripper, or how she found him, because 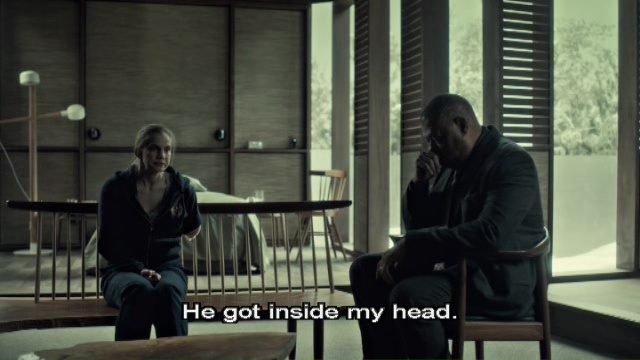 Her name has been changed in the TV show to protect the copyright holders, but she is certainly Clarice, drugged by Hannibal as per the book and film Hannibal, but merged with the book/film Red Dragon version of Will Graham, who indeed discovered that Hannibal was the Ripper, and got himself severely ripped for his troubles. As usual, some brilliant reimagining of the Hannibal myth by Bryan Fuller.

Miriam has had an arm removed, but just to torment Jack, not for gustatory purposes. She heard the Ripper’s voice, but cannot identify his face. Will she identify Hannibal? 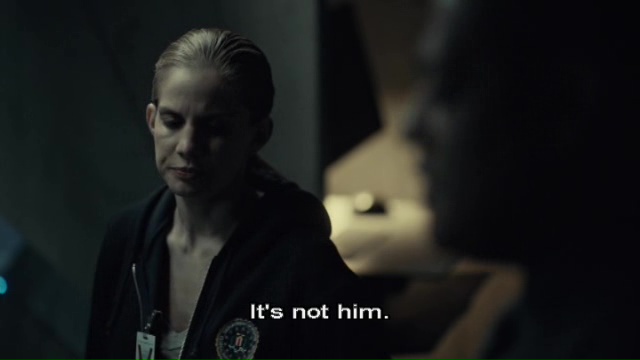 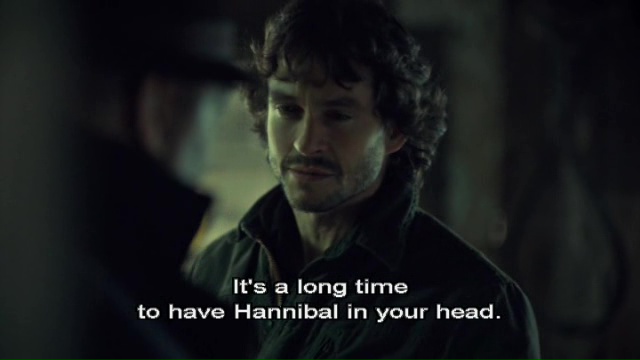 Will is free – all charges have been dropped, since the Ripper is still killing. He tells Chilton that Abel Gideon is dead (Hannibal ate him) and that he, Chilton is next. But why, Chilton asks, did Hannibal not just kill Will?

It’s his design, of course. Will comes for Hannibal with a gun, ready to finish job that Jack Crawford interrupted in the Season 1 finale. But Hannibal is still inside his head 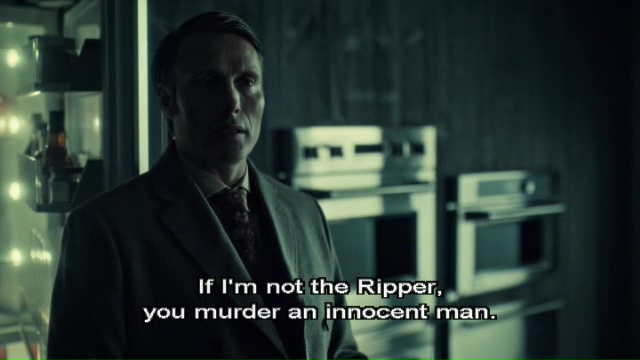 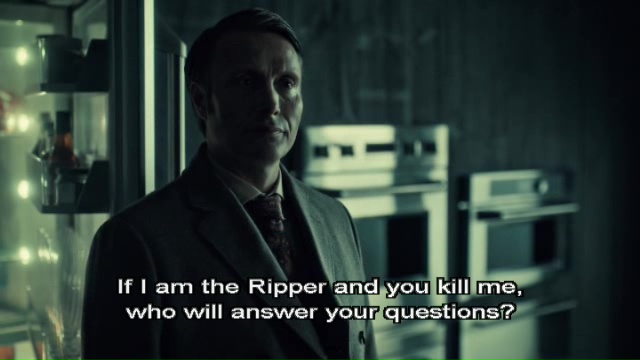 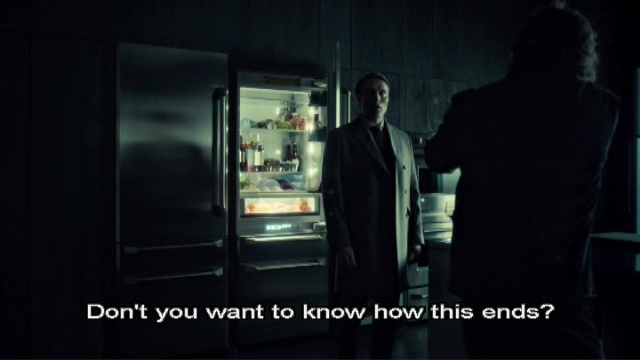 No, we don’t want to know how it ends – we want it to go on and on. #BRINGBACKHANNIBAL! But we need to know who is going to be the Chesapeake Ripper now that Will has been cleared of the crime. Well, who else might he frame but Frederick Chilton? Hannibal has put the remaining parts of Abel Gideon in Frederick’s house, on life support, which fails just as Chilton enters. Bits of Gideon lie around 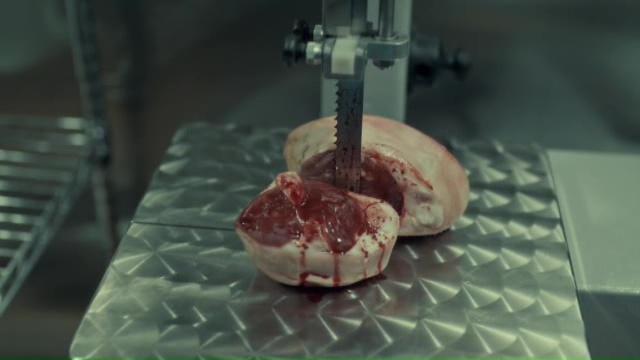 The FBI arrive to pick up Chilton, but Hannibal drugs him, tells him as he goes under that, when he wakes, he will have to run. Indeed he will, because Hannibal lets in the FBI red-shirts, kills them, and leaves one disembowelled and the other run through a hundred times like the classical ‘wounded man’ drawing, which of course is readily available on Chilton’s bookshelves, as well as having been planted as a memory in Miriam Lass’ mind.

He runs, leaving the FBI to find their dead agents (which always puts them in a bad mood) and the remains of Abel Gideon. 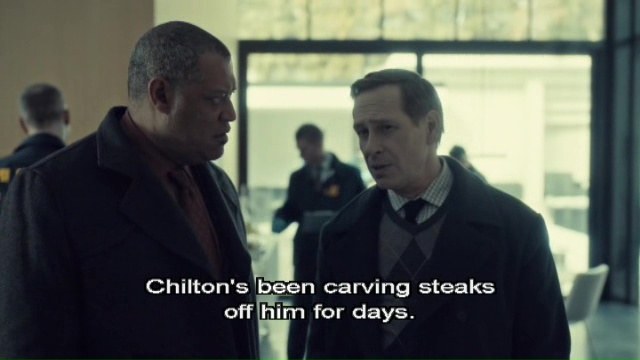 He runs to Will’s house, much to the delight of the dogs (he is covered in blood), has a shower and prepares to flee the country.

Will advises him to stay and wait:

But Gideon runs, pursued by a vengeful Jack Crawford, finally giving up, in the now familiar crucifixion pose, just as Jack is about to shoot him.

Hannibal is alone in his consulting room. It’s the time he had allotted for Will’s weekly session, and here comes Will, not with a gun this time.

Now begins the dangerous game. Hannibal has been way too smart for the FBI, but Will figures he knows him, knows his strategies, can outplay him. Hannibal’s design is to turn Will into himself, into an Übermensch, but Will thinks he can catch Hannibal, pretend to be ‘becoming’, and fool him into confessing. 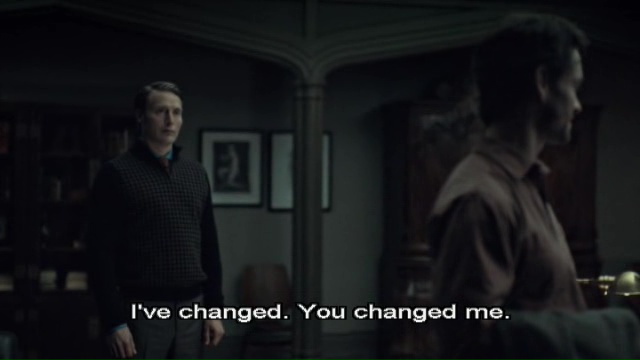