OK, look, I understand. We loved Anthony Hopkins in The Silence of the Lambs (Demme, 1991), and we understood when he looked a little, well, worn ten year later when he played the title role in Hannibal (Scott, 2001). It was set some unspecified time after Hannibal’s escape at the end of Silence, and he had had a hard time – he’d had to flee the USA, kill and eat Dr Chilton, settle in Florence, and, worst of all, behave himself and hardly kill anyone there. That can really take a toll on a guy.

But then, nothing succeeds like excess, so Dino De Laurentiis decided he needed another Hannibal movie. OK, how about we see him return to the US and eat his way through a retirement village. No? OK, let’s instead make a prequel, set a bit before Silence, in which Hannibal would logically be much younger but Hopkins will, unavoidably, look much older. Very postmodern, huh?

The movie Red Dragon (Ratner, 2002) is based on the book of the same name by the brilliant Thomas Harris, the book which birthed Hannibal Lecter in 1982. The book is incredibly rich in insights into the human condition, alienation and the family, the nature of power, the futility of our pretensions of importance in an indifferent universe. Most of the TV series Hannibal (Fuller, 2013-15) is based on this book (and yes, I will start my review of that superb creation soon, in fact as soon as I figure out how to cover 39 episodes without taking all year to do it). Also based on the book of Red Dragon was the terrific movie Manhunter (Mann, 1986) which had everything going for it other than Hopkins, although Brian Cox was a great Lecter, albeit a bit shy of admitting his penchant for cannibalism (it was the eighties). 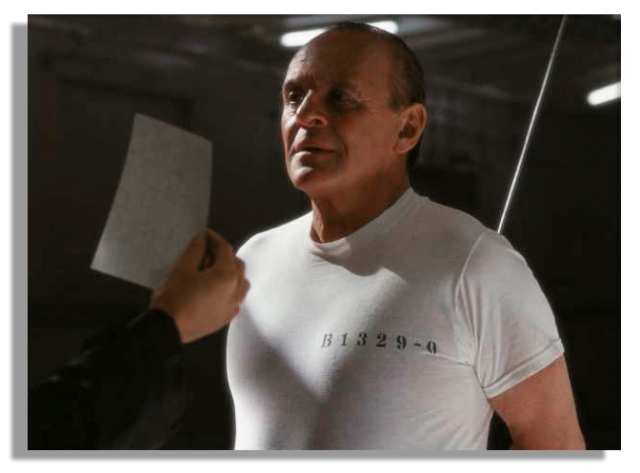 Luckily, Anthony Hopkins is a masterful actor and can carry through playing Hannibal a dozen years younger than the same character in his previous movie. But only just. The rest of the cast is also stellar, as you would expect from the reboot of a reboot. The screenplay is by Ted Tally, who also wrote the screenplay for The Silence of the Lambs.

The film starts in Baltimore, where a respectful audience watches and listens to the symphony orchestra’s second flautist pretty much ruin an otherwise masterful performance of the Scherzo from Mendelssohn’s Midsummer’s Night Dream. In that audience is Hannibal Lecter, and he does not look pleased. No indeed. Something must be done. Medium to well-done, perhaps. In a sharp suit and a pony-tail, and quoting Horace, Hannibal later entertains the Board members of the Symphony who revel in his hospitality, despite one of their musicians being currently listed as a missing person. When Hannibal is asked by the Chairwoman to confess what is in the amuse-bouche, he replies: “If I tell you:

He sits at the head of the table, watching them eat. They are “innocent cannibals” – because they know not what they eat. Well, after all, who really does the homework nowadays as to what’s on the dinner plate?

After the innocent cannibals leave, Will Graham (Edward Norton) turns up – he and Lecter have previously worked together on another serial killer investigation – Garret Jacob Hobbs (which won’t mean much unless you’ve watched the first season of the TV series Hannibal (Fuller 2013), a prequel to the prequel). Will and Hannibal have been trying to profile a new serial killer, the Chesapeake Ripper (who is really Lecter of course), and have been looking for some sort of medical expert, a vengeful crazy who know how to “souvenir” body parts from the victims. But that’s not what he’s doing (we assume that it’s a “he”.) Will has worked it out:

As Lecter goes to get Will’s coat, Will finds on the bookshelf a copy of Larousse Gastronomique – it opens at “sweetbreads” – the recipe for the body parts that were taken from the victims. As the realisation comes to him – Hannibal is the cannibal! – so does Hannibal, with a large knife.

Will survives, Hannibal is incarcerated in the Baltimore State Hospital for the Criminally Insane, and the Symphony Chairwoman faints in court when she finds out what (or who) was in the amuse-bouche. The case is sensationalised in The Tattler, a scandal sheet, by sleazy journalist Freddy Lounds (played by the late Philip Seymour Hoffman). Will retires to the seaside with his son and wife, Molly (a too brief appearance by Mary-Louise Parker of Weeds and West Wing).

Several years later (according to the card), Will is persuaded to return to pursue a new killer: Francis Dolarhyde (Ralph Fiennes), “The Great Red Dragon” as he calls himself, or “The Tooth Fairy” as the cops call him, since he likes to bite the women victims as he rapes them, after he has killed them and their whole families. Not a cannibal, but certainly a biter. He uses his grandmother’s teeth – it’s all her fault of course, since she raised him in fear and shame and threatened to castrate him when he wet his bed (come home Dr Freud, all is forgiven). He greatly admires Hannibal, and likes to communicate with him about his “becoming” – he believes that “each being that I change makes me more than a man”, and he sees Hannibal as John the Baptist, to his Christ. And Will goes to see Hannibal, walking along the row of cages containing crazies, just as Clarice Starling will do later (in a movie made 11 years earlier).

Hannibal tells him that he and Will are just alike – their imagination raises them above all the other “dullards”. And so the chase begins.

After all the blood has been wiped off the walls, Hannibal writes to Will:

“We live in a primitive time, don’t we Will? Neither savage nor wise. Half measures are the curse of it. Any rational society would either kill me or put me to some use.”

The film ends with Clarice being announced. A nice segue into Silence of the Lambs, a film which had already swept the Oscars a decade before this.

Reviews were mixed: some critics hated it, some loved it. Of course it made a fortune when it came out, grossing over 200 million dollars. The public was hungry for Hannibal. The fact that the story had already been made as Manhunter in 1986 didn’t bother anyone – it wasn’t Hopkins, and it didn’t focus on Hannibal, and, worst of all, there was no cannibalism. And let us remember that the book Red Dragon, on which both those movies were based, was also the basis for Hannibal the TV series in 2013, and particularly Season 3. There’s more than one Macbeth, and there’s more than one way to make Red Dragon. One critic wrote:

“The only downside to this delectable third course? The regrettable likelihood that Lecter fans will have to make do without dessert.” 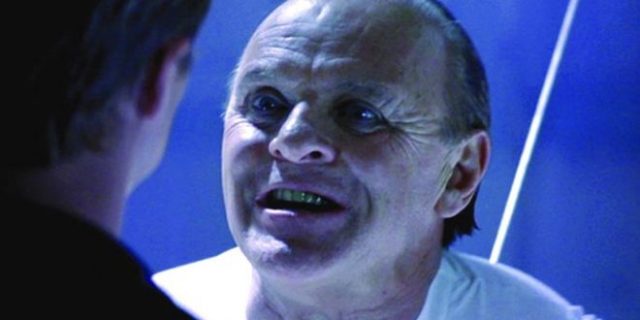 Hannibal Lecter is not real, but the public hunger for Hannibal the Cannibal certainly is. We put up with the “dullards” who put us, and Hannibal, into cages. We dream of sating our often deranged appetites, and we wish we had the power to do so. Hannibal offers us a fantasy of doing that.

If you like my blog, please feel free to recommend it (with discretion) to friends on social media.
If you have any questions or comments, you can use the tag, or email me  on cannibalstudies@gmail.com.